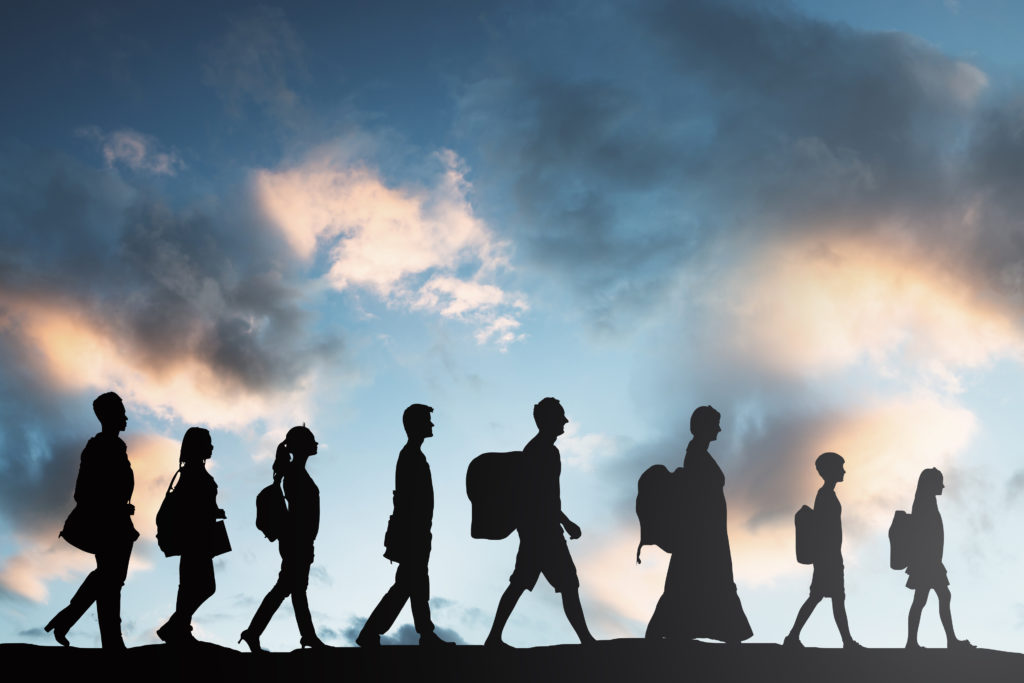 My family experienced things that they will never be able to forget.

Lina is a Spanish woman. That is clear, among other things, from her place of birth: Cádiz. What I’m not entirely clear on after our conversation is where her heart lies, divided as it is between Spain, her country of birth, and Syria, her family’s home.

It is one o’clock in the afternoon and we are meeting with one of our Arabic interpreters. We want to understand the real situation faced by Syrian refugees and how the work of interpreters can help in an international conflict like this one. After a few minutes of chit-chat, Lina begins the interview with a devastating statement. “I’ve had the misfortune of experiencing first-hand the flight from Syria,” she says. “The stampede of my own family.” Lina, you see, though she was born in Spain, is the daughter of Syrians who have had to escape from their own home. Her father came to Spain very young, and in circumstances far removed from today’s, to study medicine. “He was surprised back then by Spain’s immense cultural and industrial backwardness,” she muses. The irony of life. 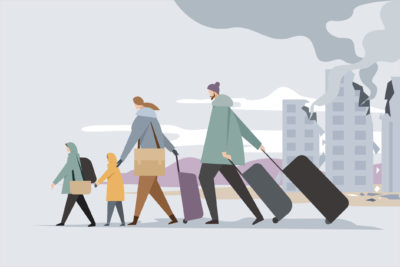 Lina has lived her whole life in Spain, but she has also spent long periods of time in Syria. “The last few summers that I was in Syria you practically couldn’t tell whether you were in Europe or a Middle Eastern country. Its ambiance, its restaurants and terraces, made you think you were in a modern country.” She spent those summers with her cousins, the same cousins who left the country without a return ticket some months ago. “My cousin was cooking and his wife was painting her nails when a bomb exploded a few meters from their house.” One anguished glance was all it took for them to realize that their life in Syria had just ended. “They had to flee with nothing but the clothes on their backs. They didn’t even have time to prepare a small suitcase.” I tell Lina that I cannot imagine how terrible it must be to leave everything you have behind, or the fear of fleeing into the unknown. Just a look at some of the chilling images we’ve all seen by now can give us an idea of what that must be like. “The worst part is not what they do to you, it’s what you see them do to your family,” she tells me in one of the most painful parts of the interview.

She recounts horrible stories of the moment that her family arrived at Bodrum, Turkey. “There my family experienced things that they will never be able to forget. Fights, insults, humiliations…” Everything changed, though, when they came to Germany. “The welcome the Germans have given us has been fantastic. Coming to Germany meant having hope again.” Now it is time to think about the future. Lina’s cousins are between 25 and 40 years old. “The ones with children see this as an opportunity for their families. They are all dreaming of a European future.” The hardest part, though, is listening to the elders. “Not a day goes by that my grandmother doesn’t ask when she will return home.”

Lina speaks of her profession with a gleam of pride in her eyes. “I think that we interpreters have a lot to offer in this terrible conflict.” Although she has been interpreting for many different clients for over five years now, she is especially fond of her work for the Spanish Asylum and Refugee Office. “I’ve experienced moments I’ll never forget while interpreting. The tears and hugs from compatriots who hear your voice for the first time. The look on the face of a child who hears your accent and is transported back to the warmth of his hometown.” A child who, incidentally, Lina would run into again some years later. “He must have been about 18 years old then and he leapt toward me to give me a hug. He spoke perfect Spanish and was in the company of a group of Spanish friends. His life and hope were already here with us.“

Lina studied Translation and Interpreting at the Complutense University of Madrid. “I knew that I wanted to study Translation and Interpreting when I was asked, through a contact at the Syrian embassy, to accompany a Syrian music band on an official visit to Granada where the King and Queen of Spain and Bashar al Assad were going to be present.” Lina had to interpret for the musicians who did not speak Spanish. “I loved the experience. I loved traveling, being surrounded by people and feeling helpful by using the language.” After studying Translation and Interpreting she traveled to Syria to study classical Arabic at the University of Damascus. “There I also did translation from French to classical Arabic, but my passion was still interpreting.” That’s why, not long after, Lina returned to Spain and began her career as an interpreter. “Feeling that you’re helping people, helping your own compatriots with something as human as communicating, makes you feel accomplished, both as a professional and as a person.”

Thank you so much, Lina, for this moving interview and allow us to wish you and yours all the best in this new stage of your lives.